Why should I visit New Zealand?

Every day touring around this beautiful land is a new and exciting journey. Dramatic landscapes constantly change, and quickly. New Zealand doesn’t do boring. You will not be disappointed. Wake up in paradise.

The country enjoys a sub-tropical moderate climate with January being the hottest month and June the coldest month.

New Zealand is a relatively small country, similar in size to Great Britain, California, Japan, and a little smaller than Sweden. With a population of only four and a half million people (32 million sheep last count!) it is also pleasantly not crowded, only one million people live in all of the South Island, for example.

New Zealand is situated in the South Pacific ocean, south east of Australia and very close to the International Date Line. Gisborne, situated in the North Island's East coast, is the first city in the world to welcome in the new day.

New Zealand is a paradise for thrill seekers, especially Queenstown, the “adventure capital of the world”. You name it, you can do it here. However, if you want peace, or quiet and relaxation, New Zealand is also perfect.

New Zealand in area is 268,860 square kilometres with 30% officially protected as National parks and World Heritage sites managed by the Department of Conservation. However, full access is available for all visitors to enjoy. New Zealand has 16 National Parks.

Approximately 77 percent of the total four and a half million population live in the North Island. Gross domestic product  US$181.1 billion (2017).

Pacific Rim cuisine to be tasted in New Zealand originates from Europe, Thailand, Indonesia, Polynesia, Japan, Vietnam, and Korea to name a few, so we have tastes to suit everyone.

Maori were the first people to arrive in significant numbers over one thousand year ago, although it is thought that European whalers and sealers were present at this time also, and located mainly in very isolated areas. Maori call New Zealanders of non-Maori descent (usually European) ‘Pakeha’.

It is believed that Maori sailed here in their Waka war canoes navigating by the stars from Polynesia, Taiwan, Cook Islands, and Hawaii.

A Dutch explorer named Abel Tasman, in 1642, was the very first European to sail extensively around both the North and South Islands. We now have the beautiful Abel Tasman National park, Tasman glacier, Mount Tasman, and the Tasman Sea named in his honor. Abel Tasman never landed because there was a confrontation at sea with local Maori in the Golden bay area.

However the famous British Navigator Captain James Cook from Whitby England arrived in Poverty bay in 1769 aboard his ship the Endeavour, with 94 men on board. The Endeavour was a relatively small vessel at 368 tons and just 32 meters long. Captain Cook visited seven times. Unlike Abel Tasman, Cook went ashore and eventually built a very good relationship with local Maori. He loved the Marlborough sounds because of its good shelter and fresh water. He did however make two mistakes, understandable when some distance offshore, he thought Banks Peninsula was an island and Stewart Island attached to the mainland.

On April 1st 1770, Cook sailed west to discover the east coast of Australia. Later he sailed east towards Polynesia where Maori originated and ironically, there was a skirmish once ashore and Captain Cook sadly was killed never to return to his homeland, England.

On the 6th of February 1840, New Zealand’s founding document, the Treaty of Waitangi, was signed between major Maori Chiefs and the British Crown at Waitangi in the Bay of Islands near Paihia. This occasion is celebrated every year as a National holiday. Russell, near Paihia, was the first capital on New Zealand

Tourism is an extremely important industry in New Zealand and in 2016 over took the dairy industry as the nations biggest export earner. Tourism contributes $40 billion to our economy, or more than one-fifth of the country's foreign exchange earnings as well as supporting directly 216,000 people employed - (13% of New Zealand's total workforce). Tourism makes a direct contribution to GDP of around 7%.

During the summer season of 2019/2020 it is predicted nearly 4 million visitors will arrive here.

New Zealand is marketed abroad as a clean, green, adventure playground (Tourism New Zealand's main marketing slogan, 100% Pure New Zealand, reflects this) with typical destinations being natural remote areas such as Milford Sound and Doubtful Sound, the stunningly beautiful golden sandy beaches of the Abel Tasman National park, and the Tongariro Alpine Crossing day hike, while activities such as Bungy jumping, Penguin or Whale watching exemplify typical visitor favourites - often marketed primarily to individual and small group travelers. The highest number of New Zealand visitors (about 45%), come from Australia due to their close proximity and friendly relations between our two nations. Although China is closing in on this as their numbers continue to grow very quickly.

The vast majority of visitors (about 80%) to New Zealand arrive via Auckland airport, which handled nearly seventeen million passengers in 2015. Three per cent of visitors arrive by sea (as of 2015). Many international visitors spend time in Auckland, Rotorua, Christchurch and Queenstown. Other high-profile and popular destinations include the Bay of Islands, Waitomo caves, Aoraki (Mount Cook), Milford Sound and the beautiful Abel Tasman National park.

Many visitors travel large distances throughout the country during their visit typically preferring to use small guided personal private operators, coach lines or similar.

In November 2012 readers of UK paper, The Telegraph, voted New Zealand the best country in the world to visit. Our National airline, Air New Zealand, was voted third best long haul carrier in 2012 and the very best in 2015

Agriculture in New Zealand is the largest sector of the tradeable economy, contributing about two-thirds of exported goods. For the year ended March 2015, agricultural exports were valued at over $24.8 billion. The New Zealand agricultural sector is unique in the sense that New Zealand is the only developed country to be totally exposed to international markets since subsidies, tax concessions, and price supports were removed in the 1980s. Pastoral farming is the major land use but there are increases also in land area devoted to horticulture and more recently aquaculture, salmon and mussel farms.

New Zealand's wine industry has become highly successful in the international market. To meet the increasing demand for its wines, the country's vineyard plantings have more than tripled in the 10 years ending in 2015. Sales continue to increase. For example, from 2010 to 2014, exports to the United States skyrocketed 81% to 1.45 million cases, more than two-thirds of which was Sauvignon Blanc, still the country's undisputed flagship wine.

The trend at midpoint in 2014 is an increased recognition for the small artisan wineries. These small wineries represent over 80% of New Zealand's total producers and are located throughout all wine regions.

In 2014 The Economist reported that wine overtook wool exports in value for the first time, and became the country's 12th most valuable export, worth NZ$760 million, up from NZ$94 million in 2004. New Zealand Winegrowers (NZWG), a national trade body, stated that the industry sold 1 billion glasses of wine in 2014 in nearly 100 countries. New Zealand accounted for over 10% of wines sold in Britain for more than £5 ($10) in 2014

As with other countries, New Zealand’s 200 nautical miles exclusive economic zone gives its fishing industry special fishing rights. It covers 4.1 million square kilometers. This is the sixth largest zone in the world, and is 14 times the land area of New Zealand itself.

New Zealand's fisheries captured 441,000 ton and earned over NZ$2 billion in exports in the fishing year 2014/15. The aquaculture of mussels, salmon and oysters earned another $326 million. This made seafood the country’s fifth largest export earner.

There are about two tons of fish in the New Zealand fisheries for every New Zealander, however only just under 10% of this stock is harvested each year. In the fishing year 2014/15 there were 1,316 commercial fishing vessels and 229 processors and licensed fish receivers, employing 7,155 people. About 1.2 million or 31% of New Zealanders engage, at least occasionally, in recreational fishing with an annual recreational take of about 25,000 tons 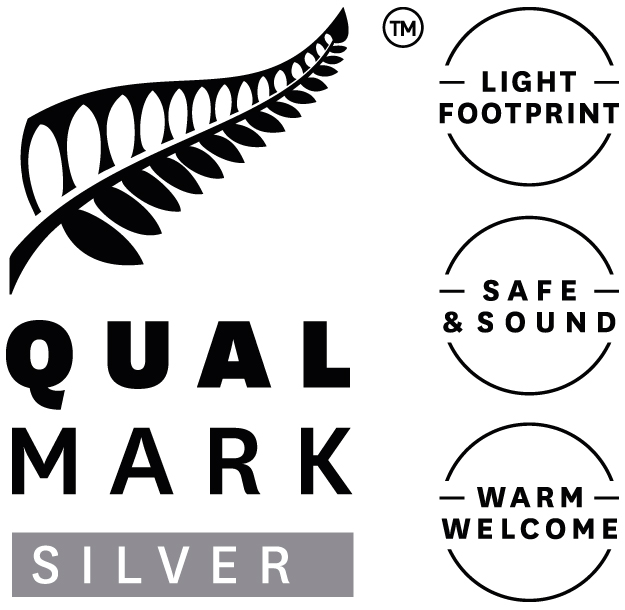